Bell Canyon is an unincorporated community in eastern Ventura County, California, United States. Bell Canyon is a gated community in the Simi Hills with the main access through the City of Los Angeles community of West Hills and the western San Fernando Valley. Bell Canyon sits at an elevation of 1,368 feet. The 2010 United States census reported Bell Canyon’s population was 2,049. According to a 2016 study, Bell Canyon is the seventh wealthiest community in the state of California with an annual median income of $230,000. However, incomes in this area are commonly upwards of millions of dollars a year. Except for the singing of birds and the clop of horses’ hoofs, the streets of Bell Canyon are quiet. More than 500 white-fenced mini-estates–valued at $800,000 to about $2 million–dot the community, an affluent, little-known enclave at the extreme eastern end of Ventura County. Bell Canyon, a 1,672-acre development that opened in 1969, undoubtedly ranks as one of the most attractive residential areas in Southern California. The minimum lot size for each of the 505 custom-built houses–eventually, the total will reach 796–is half an acre. All front-yard fences must be Western-style, painted white. Each home must have at least a three-car garage. 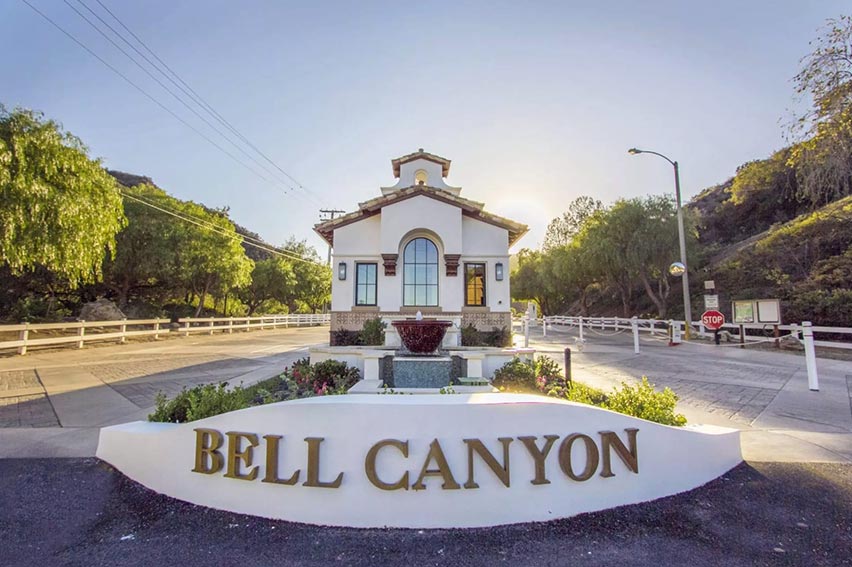 It’s a horsy community, with streets such as Corral Road, Dapplegray Road and Wrangler Lane. Residents may keep horses on their property, though many choose to board the animals at the community’s equestrian center.