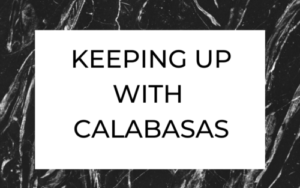 Calabasas Living Score: Is it Good?

There’s a reason why the Calabasas Living Score is higher than most cities. Actually, there are a lot of reasons why it’s living score is so high. And you might think, “wait but its score is barely 72 – how is that high?!” Well, when you consider that it scores strongly on every category but it gets a HARD “F” for cost of living then you’ll understand why 72 is a phenomenal score. The truth is that, cost aside, there is more to Calabasas than just famous celebrities and exquisite restaurants. It’s a hidden gem for residential living. Over the last few years, this city has grown in its reputation for luxury as well as for privacy which makes it a prime spot for A-list Celebrity residents. In fact, for many years Beverly Hills was known as one of the wealthiest cities in America. But in 2020, Bloomberg named Calabasas one of the richest cities, surpassing Beverly Hills! But, what makes this city such a special place to live?

The first reason why people choose to live in Calabasas is for the community. The Calabasas Living Score for its crime and employment stands with strong A ratings.  Partly due to the relatively small population of Calabasas (about 25,000), you get a reprieve from the hustle and bustle of city living. This is what makes this city big on privacy, which is often said to be one of its biggest draws for celebrities. You can definitely credit the infamous Kardashians for putting Calabasas on most peoples’ radar but you have to also give credit to other celebrities such as Will Smith, Drake, and the teenage heartthrob Justin Bieber as they own homes in Calabasas as well. With all this exclusivity and celebrity, it’s probably unsurprising to learn that Calabasas is one of L.A.’s more affluent suburbs. There is no doubt that Calabasas’ affluence and exclusive nature can be attributed to the celebrities who live there but there is more than just that as its overall wealth has a lot to do with it as well.

The second reason people choose Calabasas is because, even though it’s considered one of the richest cities, finding your dream home came surprisingly be less expensive than Beverly Hills itself. The Calabasas Living Score for Housing is abysmal due to its cost but it is still significantly cheaper and better situated than Beverly Hills. Condos or townhouses can sell for “as low as” half a million bucks and the average is around $1.8 million. Low inventory and a surplus of buyers make this city a seller’s market, which in turn means homes often get multiple offers and prices go up. How much? Well, when prices do go up, you can easily find yourself a gorgeous $40 million mansion!

Now, remember the perk of privacy we mentioned earlier? Well, a lot of the privacy afforded to residents in Calabasas is because the area consists mostly of gated communities. However, the city is also home to a handful of non-gated neighborhoods. Wherever you start your search, just know you can’t go wrong. All of its little micro-communities, old and new, contribute to making the city greater than the sum of its parts. Don’t be fooled by the overall Calabasas Living Score idling at in the low 70s. The truth is that Calabasas is one of the safest, best situated and most exclusive neighborhoods in Southern California for a reason.

And moving on to our third and final reason why Calabasas is such a sought-after neighborhood is because of all the amenities that come with living there. Conveniently situated between the region’s most eye-catching attractions, this city has something to fill your leisure time, no matter your fancy. Whether it is shopping, fine dining, or golfing, Calabasas will be your destination.

Keeping Up With Calabasas Review

Clearly, there are many great reasons to move to Calabasas. If you need more information regarding your home search, contact Yoav Astman and his team at The Astman Group and Compass.

PrevPreviousLos Angeles Real Estate Guide: Which LA Neighborhood is Right for You? (UPDATED July 19th, 2021)
Next5 Tips to Find Your Perfect Home in Calabasas!Next