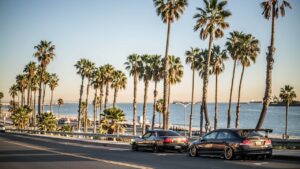 The jump in luxury real estate transactions, across the country’s 49 most popular metros, is the largest since 2013.

Luxury is defined as the top 5% in the country’s 49 most populous metro areas, excluding New York City. In addition, prices for luxury real estate rose 6.5% in the third quarter to $862,700, according to the report by Redfin. And new luxury listings also skyrocketed in the third quarter, rising 44.9% year-over-year.

“The luxury housing market normally takes a hit during recessions as wealthy Americans tighten their purse strings, but this isn’t a normal recession,” Daryl Fairweather, Redfin chief economist, said in the report. “Remote work, record-low mortgage rates and strong stock prices during the pandemic are allowing America’s wealthy families to gobble up expensive houses with home offices and big backyards in the suburbs.”

Close to home, Sacramento, California had the highest jump in luxury real estate sales, with a 86.1% rise compared to the third quarter of 2019, the data showed.

The jump in luxury real estate sales in Sacramento could be due to tech workers selling their Silicon Valley homes and moving in search of more space and bang for their buck. In fact, the three cities with the biggest sales were in California, according to the report. Riverside and Oakland saw sales increase 62.8% and 60.9%, respectively.

While COVID-19 has upended and altered almost everyones lives, it may be to thank for the increase in luxury real estate sales. Take Silicon Valley for example. As tech gurus work from home, they are realizing the constraints of their space. Where better to look than South for more space. These workers are realizing they may never go back to work in the office and are looking to upsize to better accommodate their needs. As more workspace is needed, they are selling their small Silicon Valley apartments and choosing large homes.

A similar trend is happening in the Bay Area as people long for more space. The Covid-19 pandemic has caused buyers in California’s Bay Area to choose bigger, more expensive homes outside the city. This is causing significant price increases in the San Francisco suburbs, according to a report Thursday from Compass in San Francisco. Marin County for example, the median home price was $1.55 million in the third quarter of 2020, compared to $1.28 million in the same time period last year, according to the report—a 21% year-over-year increase. Or Santa Clara County, where data showed the median price for a single-family home in the third quarter was $1.4 million, up from $1.24 million in 2019.